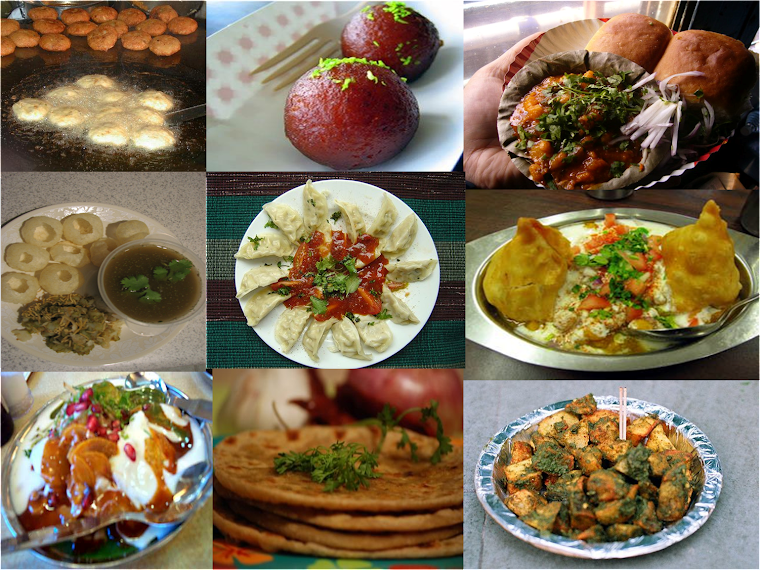 The other day, I was invited for a meeting at India Habitat Centre to plan an event to be held on 23rd June. The meeting got delayed by an hour because no one including the person who called the meeting was on time. The best way a foodie can utilise the time is to explore the good eateries and food. I asked auto rickshaw driver to drop me at any place where I can have my brunch. He had a great foodie instinct and straightaway dropped me at Chidambaram’s New Madras Hotel, famous for South Indian Food.

The address is Chidambaram’s New Madras Hotel, Shop No.7,Khanna Market,Lodhi Road and phone numbers are 24611726,24617702,9312220478,9811301534.The restaurant is owned by C.Kumar and C.Raju.Chidambaram who started the restaurant is no more. It was opened up in 1930 to provide food to officers in British Government who were from South India.In 1950 they had moved to this new place in Khanna market.

We ordered 3 in 1 rava dosa(Rs.90) and a plate of dahi vada. It was served on a plate covered with banana leaves.The three portions of the dosa had three different fillings-paneer masala,potatoe masala and crushed coconut. The 3 in 1 rava dosa was crispy and well stuffed.Sambhar and coconut chutney was awesome.It was truly delectable.They first serve hot spicy rasam which one can sip to wait for the ordered food.The dahi vada was equally good. 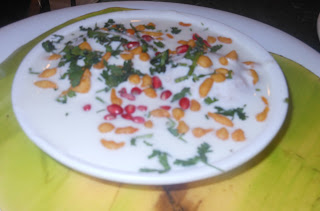 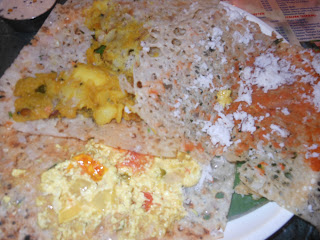